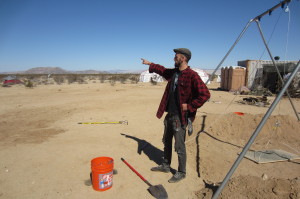 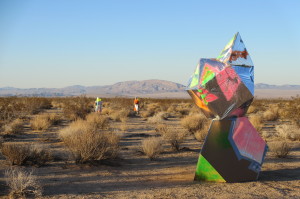 The occupation of a workshop, meeting place and production site located at a critical juncture in the desert terrain with vantage points for surveillance Camp CARPA and the U.S. Military’s Afghan Village.  The Future Force Geo Speculators mission countered a singular internal focus to include the fabrication of architectural prototypes for viewing (code name: Blind.) The second series of FFGS joint maneuvers were geared towards visibility: the development and production of camouflage uniforms for deployment and the production of geometric object marker locational devices for desert terrain.  A tactical deployment training action (code name: Hit With the Left) ensued in proximity to the Afghan Test Village and the CARPA encampment.  Rarely seen FFGS rituals including secret salutes, and the marking of the bush aprons were performed and displayed. Special agent Desmond Pope-Tarkowski  (code name D.E.S.) was engaged periodically throughout the mission. 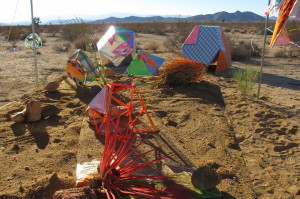 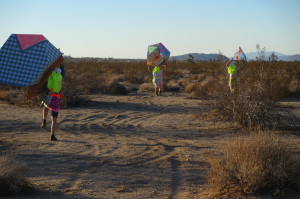 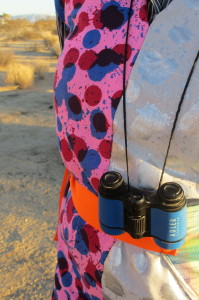 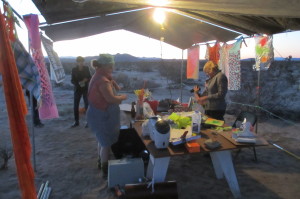