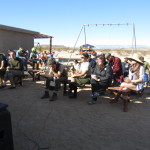 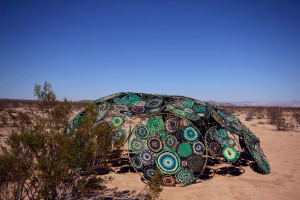 The Drone Evasion Dome was made for camp CARPA using hundreds of circular weavings. These weavings were generated using hula hoop looms and second-hand hunting and camouflage t-shirts. In a meditative process that transformed objects of conflict into objects related to domestic comfort (rag mats). Many of the shirts were either donated or purchased from thrift stores in Los Angeles and Liverpool. Hundreds of weavings were produced in workshops as apart of the 2012 Liverpool Biennial. 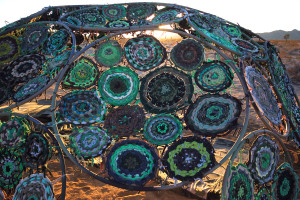 For camp CARPA I used the weavings for a collective canopy on a communal free-standing structure that could house group activities. The autonomous structure measured 18x14x7 feet and was made from tubular metal and assembled on site. Campers rested and worked under the structure using it for various activities including but not limited too: encoding back-strap weavings (with Rob Mertens), performances, debriefs, writing, rehearsals, and sleeping. 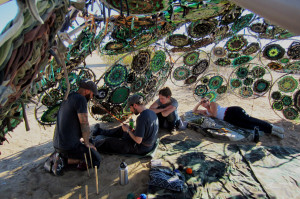 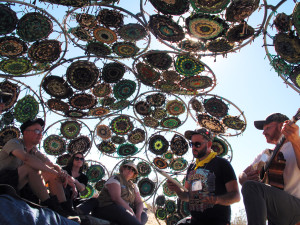