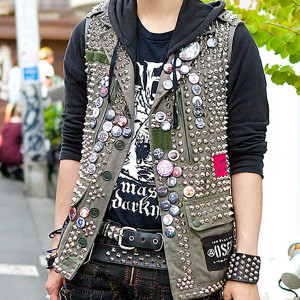 Focussing on the recent developments in strategic soft power, CARPA is just launching operation Crust Crusade along the US west coast. The project aims to employ the popular subculture of crust punk to leverage the agenda of US-controlled capitalism under the cloak of aesthetic dissent and rebellion. Using western contractors, each with an agenda of domination within their markets, the DoD employs lifestyle infiltration to produce pro-NATO sentiments amongst dissident youth groups in the middle-east and former Soviet republics.

“We need a new sustainable paradigm to stay ahead of the moving targets of lifestyle,” said Sandra Svenson, CARPA designer and program manager. “With Crust Crusade, the goal is to develop new viral consumer practices that are effective against a broad spectrum of adversarial ideologies, to make sure our style supremacy co-evolves and outpace reactionary elements.” As demonstrated by Svenson, such practices employ a wide range of disseminated DIY activities, not least the famous pro-american crust pants.

As a response to the Department of Defense’s (DoD) recent push for the development of new “soft power” doctrine, CARPA has launched its Strategic Lifestyle Urban Reconnaissance and Power Projection (SLURPP) initiative, which will be employed across the armed forces in the coming years.

The current CARPA operation in Portland, Operation Pulled Pork, taps directly into the creative lifestyle and craft scene of Portland in order to speed up the development of soft power lifestyle weapons, advance the DoD’s cultural offensives deeper into the crafts arena.

Please join us at MoCC in Portland, meet directors and field agents, and engage in training and new forms of soft power projection to celebrate the deepest values of our Proud Nation under Crafty Hands of God.

Join us, Join the US, Join CARPA! 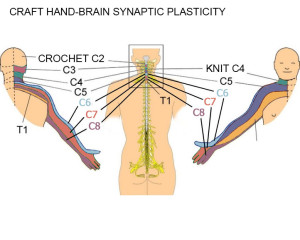 It has long been known craft supports learning and a healthy life. Craft is also a great tool for empowerment, making people feel they have agency, even when they have no money, influence or power. As long studied by the DoD and CARPA, this makes arts and craft excellent tools to support the values of the Free West and the Freedom of the Market. The next CARPA offensive is now launching, spreading the values of the US and its allies through the network of peripheral nerves which connects neurons in the brain and spinal cord to organs, skin, and muscles, regulating a host of biological functions from digestion to sensation to locomotion to handicraft. Using the synaptic plasticity of the brain, the task is to harness the central nervous system of crafters for ingraining the values of our Freedom.

With the recent initiative on Tacit Neuroplasticity Training (TNT), CARPA will pursue the development of a series of special craft technologies to enhance learning of a wide range of cognitive skills, and modulate these towards producing small crocheted objects and “indy crafts”, ready to be sold at craft fairs and platforms such as Etsy. “Using craft and hands to shape synaptic plasticity is pivotal for learning and appreciating the core values of our American Way,” program manager Rudy K. Blanche says,”and with peripheral nerve stimulation and improved plasticity, this simply makes everyday crafters just so much nicer people.”

New advances into the craft of soft domination

Experimental HUMLOOM at the drawing table

Competition for the scarce Craft Attention Spectrum (CrASp) is increasing, driven by a growing military and civilian demand for weaponized craft devices in times of global insecurity and crisis. As the spectrum becomes more congested, with more hand-crafted goods at the markets, the US and our allies will need better tools for managing the craft environment and for avoiding interference from other applied arts while competing at the global soft arms market. In the interest of global stability, there is an urgent need to innovate and securitize more of the crafts to protect the peace and lives of US citizens.

Over the last months, CARPA has funded a series of new advances into the development of soft weaponized crafts, recruiting exceptional artisans for high security development. This strategic move represents a major step forward and will help ensure the uninterrupted operation of US soft spectrum-dependent military capabilities. With the development of new securitized crafts and tools, CARPA will advance US interests into contested craft environments. Through CARPA’s ongoing partnership with various crafts institutions, as well as local artisans and manufacturers, new systems will be developed to better operate in the congested indy-craft spectrum.

Barry Clayassault, an organizer in the Pacific Northwest, has praised the new advance into securitizing crafts. “Craft is a verb, which combined with innovative techniques of soft domination and advanced fabrication will help us create world-class craft domination,” Clayassault said. “And we are already seeing exciting results within social practice, relational aesthetics and ‘alter-modern’ operations that closely match the developments in psy-ops, cyberwar and counterinsurgency. To use a craft expression; We’re gonna hammer em’” 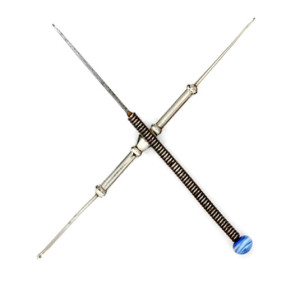 Until the recent strategic advances in crochet, the inaccuracies of individual stitches meant that patterns routinely ended up far from their intended designs, or worse, became imprecise “folk” works of art at the local craft fair. Now, with an ambitious new CARPA efforts and computational breakthroughs, the new program Expedited Crochet with Enhanced Stitch Stability (ECESS) is reaching the frontline of war-craft. Program manager Rennie McAardwark is heralding a modern-day breakthrough in atomic precision crochet stitches, analogous to the sub-atomic achievement in particle stitching and electron whittling at the labs at CERN. Not only will we soon see new Graphene-molecular sweatshirts for tech-Hipsters in Brooklyn or Portland, but more importantly, these new techniques will give warfighters enormous advantages related to camouflage, cunning and craftiness for extended operations after they last synchronized their stitches at their FOB or Stitch n’ Bitch. Semper Fiber! 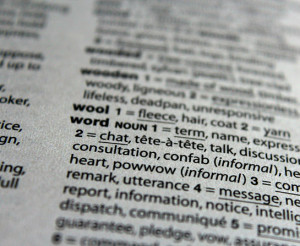 Understanding hipsters and nerdy crafters is essential for effective situational awareness in Military Crafts Operations (MiCrOps), and particularly in efforts that require close coordination with local communities, especially those hostile to new competing knitters, foodies and whittlers. CARPA officers on the ground frequently encounters languages and expressions they cannot comprehend and thus face extreme challenges in their operational theaters. However, with the new CARPA Craft Layman Language Learning System (CraLaLaLa) program, change is on its way to support emergent missions.

“The diversity of hipster crafts and their local dialects makes it virtually impossible to ensure that U.S. military personnel will be able to understand the situation on the ground when they go into new craft environments,” said Christian Cool, a CARPA program manager. “Through CraLaLaLa, we envision a system that could quickly pick out key information to provide immediate, evolving situational awareness in dynamic, difficult situations. This means not only understanding weird writing on over-pretentious Etsy shops, but especially those involving insecure devo teenagers chillaxing, armed with yarn and crochet needles, or pots and pans. Totes awks.” 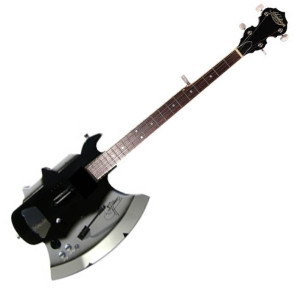 CARPA’s Craft Hype Taxonomy and Evaluation (CHyTE) program seeks to investigate revolutionary technologies to asses and value craft hype around hand-made Etsy products that would significantly improve their arts potential through means other than adding more crochet or folk elements.

For the past 100 years, increasing the value of craft objects has boiled down almost exclusively to a simple equation: More folk expression equals higher cultural value. The art market’s ability to penetrate bullshit, however, has advanced faster than craft’s ability to withstand scrutiny. As a result, achieving even incremental improvements in craft survivability has required significant increases in “authenticity” which has utterly crippled the craft scenes across NATO-countries and its allies. With the new Craft Hype Taxonomy and Evaluation (CHyTE) program, the aim is to increase the status of craft while cutting the crap, figuratively speaking. “For many craft hipsters,” a spokesperson at CARPA said, ”this means goodbye to Etsy as well as the Craft Councils. We’re levelling up!” 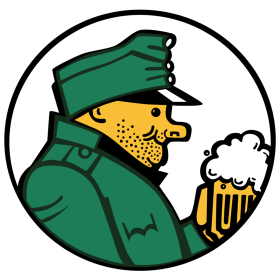 An Craft Advanced Beer Scanning Optical Microscope (CABSOM) at the Williamsburg Hops Warfare Center (WHWC) inspects integrated brew components for evidence of tampering and counterfeiting with the ingredients of local craft beers.
Advanced software and equipment to aid in the fight against counterfeit microbreweries in US craft security systems has been transitioned to military partners under CARPA’s Integrity and Reliability of Integrated Crafts (IRIC) program. Researchers with Evil Triplets Brewsters, a NATO IRIC collaborator based in Kolding, Denmark, announced today they have provided CABSOM technology to their NATO allies. This effort will join an arsenal of laboratory equipment used to ensure the integrity of craft beer microbrewing in the US and beyond. “In pursuing our mission to build breakthrough crafts for national security, we’re always on the lookout for nontraditional partners who can help us transition our research, advance US soft power within the lifestyle crafts, and fulfill critical and strategic needs,” said a CARPA agent, sipping a limited edition porter from Green Point Brewer Bastard. “In the current deteriorating global security situation, we need to enhance the securitisation of craft beer.” 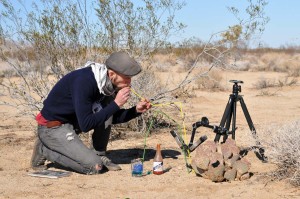